BADDEST BITCH IN THE ROOM by Sophia Chang 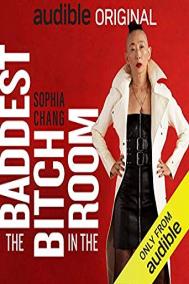 Sophia Chang, author of the Audible Original BADDEST BITCH IN THE ROOM, penned a moving essay in Parade about finally finding her voice after years of amplifying others’. The NY Daily News and the Vancouver Sun also covered the publication of the Audible Original memoir, and Elle Canada featured Chang and her book. Sophia also gave interviews to Interview Magazine, Zora, YRB Magazine, Billboard, Entertainment Weekly, Character Media, and The Undefeated. Chang joined the Model Majority podcast and the Build by Yahoo series to speak about her book and her life story. Elsewhere, Chang joined Danielle Belton, Editor-in-Chief of The Root and her longtime friend, for a discussion of their relationship and Sophia’s new book. Audible published BADDEST BITCH IN THE ROOM on September 26, 2019.