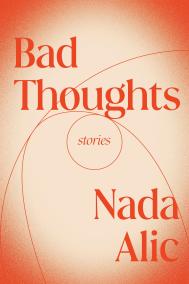 Nada Alic will release a short film series inspired by her forthcoming debut short story collection BAD THOUGHTS on April 7. The films, based on three stories from the collection, will premiere at the Neuehouse Bradbury Building in Downtown Los Angeles. The premiere will involve a screening of the series, directed by Brandon Tauszi, as well as readings and performances from Anna Seregina, Allie Rowbottom, Tea Hacic, and others. Additionally, Astra Magazine will feature the story “This Is Heaven” from BAD THOUGHTS in their inaugural issue, which will publish on April 12, 2022. Vintage will publish BAD THOUGHTS on July 12, 2022.