WE CAST A SHADOW by Maurice Carlos Ruffin 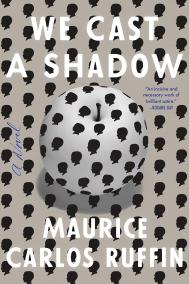 WE CAST A SHADOW by Maurice Carlos Ruffin has been selected as a finalist for the 2020 PEN/Faulkner Award for Fiction, the largest peer-juried prize for fiction in the United States. The winner will be announced on April 6, and all five authors will be honored at the 40th anniversary PEN/Faulkner Award Ceremony on May 4 at the Willard Hotel. One World published the book on January 29, 2019.