WAITING FOR EDEN by Elliot Ackerman 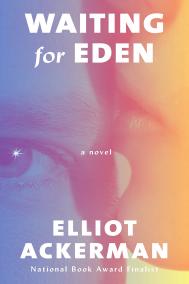 Elliot Ackerman's WAITING FOR EDEN is one of the New York Times’s “Paperback Row” selections for this week. They write: “The omniscient narrator of Ackerman’s slim third novel is already dead, a Marine who did not make it back from Iraq. As he recounts the story of his grievously wounded comrade, Eden, who is in a burn center in San Antonio, he reveals his own complicated bond with Eden’s wife, Mary. Our reviewer, Anthony Swofford, called it ‘masterly.’” Knopf published the book on September 25, 2018.