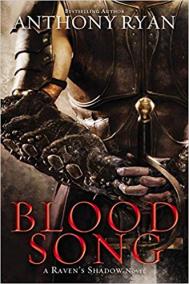 Rights to Anthony Ryan’s epic fantasy series “A Raven’s Shadow” have been optioned by BCDF pictures. Screenwriter Joseph Muszynski is set to adapt the first book, BLOOD SONG, which has sold more than 1 million copies worldwide, with a plan to build out the world into a television series. Ace published the first book of the series on July 2, 2013.

Follow the link to read the full announcement:
https://deadline.com/2019/11/ravens-shadow-anthony-ryan-bcdf-pitures-12…