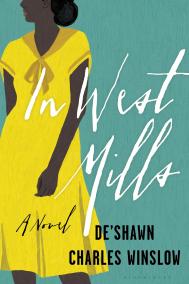 De’Shawn Charles Winslow was interviewed about his debut novel on the most recent edition of the New York Times Book Review podcast. The book also received a rave review in the New York Times book review which said “From the first page, Winslow establishes an uncanny authority and profound tone that belie the book’s debut status…Much of the story is told through dialogue, rich and truthful conversations among characters reminiscent of those in August Wilson’s plays, expressing so much more than what is on the surface." Bloomsbury Publishing published the book on June 4, 2019.