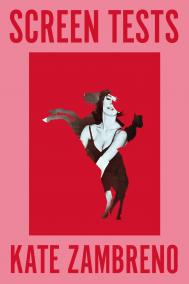 Kate Zambreno’s SCREEN TESTS, previously excerpted in the Paris Review, has received extensive coverage upon its publication. On July 29, SSENSE published a feature on Zambreno, with Claire Marie Healy writing that the new collection “is full of jokes. In it, [Zambreno] twists around moments that feel glamorous, tragic, and bleakly ironic… Reading Zambreno has always felt more intimate than many writers: with Screen Tests, she is more teasing than before. Because what’s more intimate than a joke?” Harper Perennial published the book on July 23, 2019.