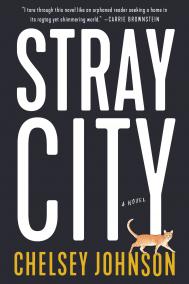 Chelsey Johnson’s debut novel was named one of the most anticipated books of 2018 by The Millions which says “Chelsey Johnson’s debut novel, which comes after a successful run of short stories like the Ploughshares Solo “Escape and Reverse,” is a humorous and heartfelt exploration of sexual identity and unconventional families.” The book also received a positive review in the Publisher Weekly which called it a “smart and delightful debut.” Custom House will publish the book on March 20, 2018.