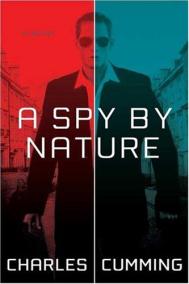 The Hollywood Reporter announced that the film adaptation of A SPY BY NATURE, the first book in Charles Cumming’s Alec Milius Spy Series, will be directed by Oscar winner Kevin Macdonald and will star NORMAL PEOPLE and AFTERSUN actor Paul Mescal. Macdonald said: “I’ve wanted to make A SPY BY NATURE for many years — and when I met Paul Mescal, with his beguiling mixture of intelligence, skill and youth, I knew I’d found the perfect star…This is a very modern spy story — sexy, dangerous, morally ambivalent — and only an actor of Paul’s talent could pull it off.” St. Martin’s Press originally published the book on July 10, 2007.