HOW YOU GET FAMOUS by Nicole Pasulka 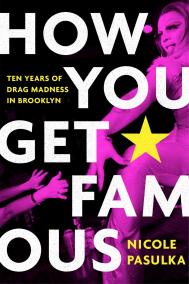 HOW YOU GET FAMOUS by Nicole Pasulka received a rave review from Alexander Chee in The New York Times. He deems the book “[f]unny, poignant, dishy and even enlightening, all at the same time,” adding: “HOW YOU GET FAMOUS isn’t just the story of a niche nightclub scene in Brooklyn — it’s the story of America now.” The book was also featured on Mother Jones’ summer roundup alongside acclaim for Pasulka’s writing, which Maddie Oatman praises as “dripping in plush detail and drama and just enough historical asides.” Simon & Schuster published the book on June 7, 2022.