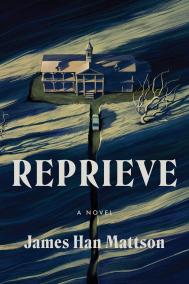 James Han Mattson’s REPRIEVE launched this week to a cascade of wonderful press. The novel was named a best book of October by Lambda Literary, The Millions, CrimeReads, Entertainment Weekly, PopSugar, the Philadelphia Inquirer, and more, and was chosen by Literary Hub as the Scorpio pick for its Astrology Book Club. Mattson also sat down for an interview with Entertainment Weekly to discuss his writing process while working on the book. He told EW: "Some avid horror readers may be disappointed by the fact that this book isn't a gore fest…But I think all of my writing is going to be tinged with darkness in some way." William Morrow published the book on October 5, 2021.