THE PROPHETS by Robert Jones Jr. 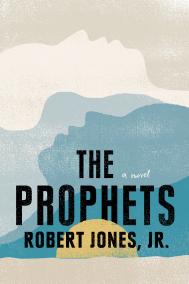 THE PROPHETS by Robert Jones Jr. is a finalist for the 2021 National Book Award Fiction finalist. The winners will be announced in the 72nd National Book Awards ceremony on November 17, 2021. Jones Jr. sat down with Interview Magazine to discuss the nomination, and when asked how he reacted to the news, he told the interviewer: “I’m still in something of a daze…I was in this loop of shouting, ‘Have mercy!’ and ‘Thank you so much!’” THE PROPHETS also received a glorious review from Chapter 16. Sean Kinch raves: “[T]he metaphorical mileage that Jones gets out of that paradoxical place-name illustrates how the novel accretes meaning. Empty, a Mississippi cotton farm near the Yazoo River, exists in a moral vacuum. It’s a godless wasteland, a loveless pandemonium, an institution invented out of nothing and doomed to obliteration…Like Colson Whitehead and Yaa Gyasi, Robert Jones Jr. proves that the slave narrative, far from being empty, remains a vast and fertile territory.” G.P. Putnam’s Sons published the novel on January 5, 2021.