THE SEAPLANE ON FINAL APPROACH by Rebecca Rukeyser 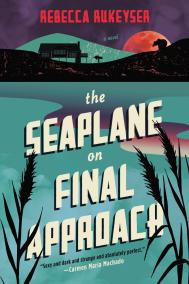 The Los Angeles Times featured Rebecca Rukeyser’s debut novel THE SEAPLANE ON FINAL APPROACH on its holiday gift guide. The citation reads: “This one’s a little naughty. Mira, 18 and obsessed with the concept of ‘sleaziness,’ sets out for an adventure on a remote Alaskan island, dreaming of a hookup with her aunt’s older stepson while working as a cleaner in a small, shady resort. As tensions among the staff boil over, Rebecca Rukeyser weaves a dreamlike spell — TWIN PEAKS by way of NORTHERN EXPOSURE. Give it to someone who wants something weird, in the best way.” Doubleday published the novel on June 7, 2022.