GOD: AN ANATOMY by Francesca Stavrakopoulou 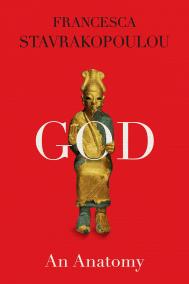 GOD: AN ANATOMY by Francesca Stavrakopoulou published this week to critical acclaim. Karen Armstrong reviewed the book for The New York Times, praising it as a “a long, detailed and scrupulously researched book….[that is] packed with knowledge and insight.” Meanwhile, Publishers Weekly awarded the book a starred review, raving: “Biblical scholar Stavrakopoulou convincingly argues for understanding the Christian God as an embodied being in this fascinating comparative mythology...Stavrakopoulou writes with the fluidity of a seasoned storyteller, using ample footnotes, but never getting weighed down by academic jargon. This is a provocative tour de force.” Knopf published the book on January 25, 2022.