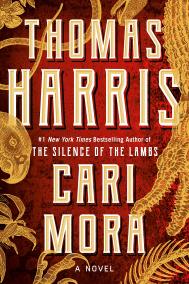 An essay on the legacy of the works of Thomas Harris and his creation Hannibal Lector was published in the Washington Post by Bill Sheehan. The piece says "The best of Harris's work, and this includes his latest, long-awaited novel, CARI MORA, has just that feeling of absolute, unquestionable reality. Through a combination of elements--a perfectly realized authorial voice, the steady accumulation of terrible details, an empathetic vision of lost and damaged souls--Harris has created a sense of dreadful intimacy that we cannot escape, that forces us to gaze at unthinkable things, and never look away. No one has illuminated this kind of darkness more thoroughly or effectively than Harris. It seems unlikely that anyone ever will." The book was also reviewed in the Wall Street Journal which writes "A less accomplished or ambitious writer might have crafted a worthy thriller with only one or two of the story strands that Mr. Harris weaves; but the several plot elements in CARI MORA are always in fine balance, as befits the work of a unique master still at the top of his strange and chilling form." Grand Central Publishing published the book on May 21, 2019.