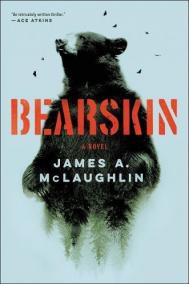 The New York Times has listed James McLaughlin as one of four Writers to Watch this Summer, saying of his debut novel, “the book combines intensely observed nature writing with white-knuckle suspense. It is… a literary novel and a thriller. Picture Thoreau having left for Walden with a bunch of bad dudes hot on his heels.” The book also received a starred review in Kirkus where it was called “An intense, visceral debut equal to the best that country noir has to offer.” Ecco will publish the book June 12, 2018.