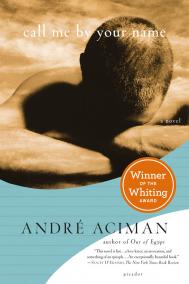 The movie adaptation of Andre Aciman’s acclaimed novel, CALL ME BY YOUR NOVEL, is one of the most anticipated movies premiering at the upcoming Sundance Film Festival. The film directed by Luca Guadagnino who directed A BIGGER SPLASH & I AM LOVE was purchased by Sony Pictures Classics in advance of the festival. Farrar Straus & Giroux published the book in 2007.