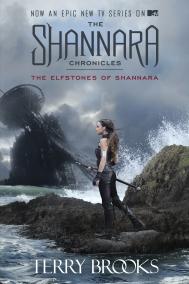 THE SHANNARA CHRONICLES on MTV has been nominated a Saturn Award for “Best Fantasy TV Series”. The Saturn Awards, now in its 42nd year, is presented annually to films and television shows by the Academy of Science Fiction, Fantasy and Horror Films. This year’s ceremony will take place in June in Burbank, California.

THE SHANNARA CHRONICLES is primarily based on the second book in Terry Brooks’ original SHANNARA trilogy, THE ELFSTONES OF SHANNARA. It aired on MTV on Tuesday nights at 10 pm EST and is currently available on mtv.com, Amazon, iTunes, and soon on most streaming services. Please visit the following link for more information: