GREEN ON BLUE by Elliot Ackerman 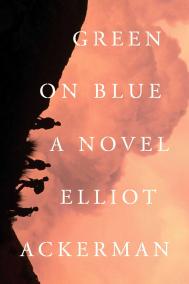 Elliot Ackerman’s debut novel GREEN ON BLUE is a Staff Pick by the Paris Review and was reviewed in Harper’s. The Paris Review called it “an impressive act of empathy,” while Harper’s said, “Afghan strikes against U.S. forces were called green-on-blue attacks; these are the only colors in Ackerman’s prose, besides blood.” Scribner will publish the book on February 17, 2015.