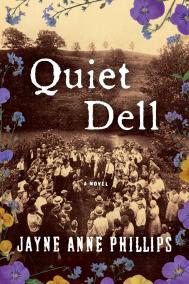 QUIET DELL by Jayne Anne Phillips is an October 2013 Indie Next Pick. The reviewer says that “Phillips portrays the Eicher family so charmingly, especially the youngest child Annabelle, that our horror and outrage are tenfold. This earns a place on the shelf with such classics as Night of the Hunter and In Cold Blood.” The book also received a starred Booklist review, which calls it “a sad—yet irresistible—story of the defenseless victims of a serial murderer.” Simon and Schuster will publish the book on October 15, 2013.