THE TRIP TO ECHO SPRING by Olivia Laing 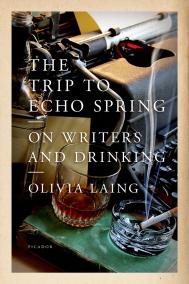 Olivia Laing’s THE TRIP TO ECHO SPRING was named a must-read by the Sunday Times and reviewed by The Guardian, the Independent, and the New Statesman. The Independent said, “Laing is a fine and stylish travel writer, with a sharp eye for passing detail and an acute ear for oddly amusing conversations.” The New Statesman called it “a nuanced portrait – via biography, memoir, analysis – of the urge of the hyperarticulate to get raving drunk.”

The Guardian said, “Laing's is a travel book as well as a series of critical biographies...It's also a personal journey, as Laing grew up with alcoholism in her family and wants to make sense of the disease.” The Sunday Times called it a “beautifully written journey in search of six American literary drunks.” Picador will publish the book on December 24, 2013.